Who are they bilingual children?

December 27. 2021 0 Comments
In an increasingly globalized world, it is becoming more common for people to be bilingual (and beyond). Some children are immersed in multilingual environments throughout childhood, while other people learn languages later on in life. It is more common to have bilingual children in multicultural families, especially if the parents have different mother tongues. Some parents may only know one language themselves, but they choose to send their children to bilingual education programs. Immersion schools are the most intensive option because the instruction is completely done in another language. In countries where English is not the primary language spoken, it is especially common for children to study multiple languages in school. Even in countries where English is the main language, some schools still require students to study another language for a certain number of semesters. 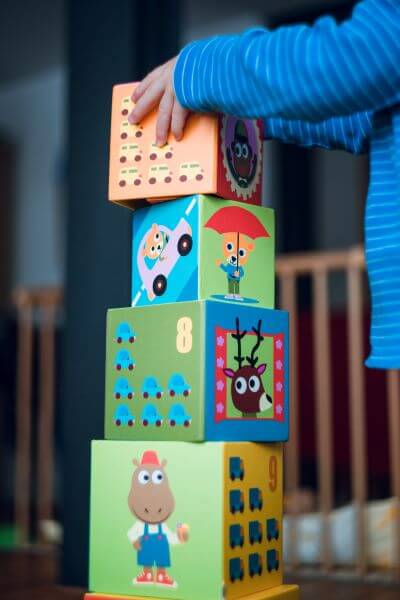 So, what was the bilingual education in my life?

My high school required us to take a certain number of language courses to fulfill a requirement. They offered German, Spanish, and French because they thought those would be the most useful geographically (primarily Spanish since it borders the US).    I took four years-worth of Spanish courses and decided to continue during college. I graduated with a Spanish minor which I have used in multiple jobs and while traveling. If you are traveling to a tourist destination, you won’t have any problems    if you don't speak the local language. That being said, it is always useful to at least learn a few phrases out of respect. My family and I traveled through Mexico, and it was so much easier asking for directions because I spoke Spanish.
You already might be researching bilingual schools or immersion programs, but is being bilingual really all it is cracked up to be? As with anything, there are pros and cons which we discuss below. This list is not comprehensive by any means, but it should    give you enough information to help decide what is best for your child(ren).

1. Knowing more than one language opens up more professional and educational opportunities. As someone who learned a second language in my bilingual school for fun, I have greatly benefitted from it in my professional    life. After I completed college, I worked as a bilingual bank employee at my first two jobs…and I got paid more in each position for being bilingual. Bilingual employees are major assets for a company because of the globalized world we live in. They    help bridge the gap between the company and potential customers/clients, and they allow the company to keep most interpretation services in-house. Keep in mind that companies will not pay you extra solely for being bilingual. They must need an employee    who speaks that particular language.
2. Speaking multiple languages gives opens up doors to other parts of the world. You can  communicate with so many more people than someone who only speaks his own native language. In doing so, people can    easily immerse themselves in new cultures and diversify their worldviews. In college, I completed a study abroad program and stayed with a host family in Costa Rica. At times I struggled to communicate with my developing Spanish knowledge, but I definitely    would never be able to interact with them if I did not know any Spanish.
3. Learning something, such as a second language, is much easier for children. Our brains develop the most as children, and this allows us to easily learn things. Learning a new language is much easier for children    than it is for adults. Once a child learns a new language, it becomes much easier for them to learn additional languages in the future.
4. Speaking multiple languages encourages a healthy brain. Reports show that bilingual people use certain areas of their brain more than others, and this, in turn, strengthens the muscle and leads to a stronger    ability to concentrate, sharp problem-solving, and multitasking skills. Researchers also found that knowing more than one language can help slow down the onset of dementia.

1. English is typically the “language of business” around the world. Even though our world is becoming more and more globalized, English seems to be the standard language for communication across regions and countries.    As countries become more and more interconnected, it may not be as advantageous professionally to know multiple languages if one of them is not English.
2. Some companies won’t fairly compensate bilingual employees. While some companies are really good about paying bilingual employees more, others aren’t. Some employers take advantage of their bilingual employees    and just assume they will do the extra work without extra pay. The truth is professional interpreting and translation lead to additional challenges that non-bilingual employees don’t have to handle. Bilingual employees should be compensated accordingly.
3. It can be difficult to separate different languages in your mental processing. Speaking multiple languages opens the door for children to mix words from the various languages. One minute they might be speaking    English, but then they mix in a French word because they can’t think of the English equivalent. Therefore, some people may not master either language even though they can fluently speak both. I have mixed languages many times, particularly when I    was studying Spanish multiple hours each day. I thought of the word I wanted to use in Spanish, but I could not think of the English translation.
For me, the benefits of being bilingual and the time spent for the bilingual education outweigh the disadvantages. My own experiences taught me that that learning multiple languages allows children to understand the world better, sets them up professionally,    and benefits them developmentally. The benefits only continue well into their adult years and they get a lifelong skill that may come in handy at any time. I have been in many situations where my Spanish skills saved the day. Whether it is in a bilingual    position, or just helping something translate at the grocery skills, knowing more than one language allows you to help others while simultaneously benefitting yourself. Being bilingual can come with its struggles, but at the end of the day, I wouldn’t    have it any other way. 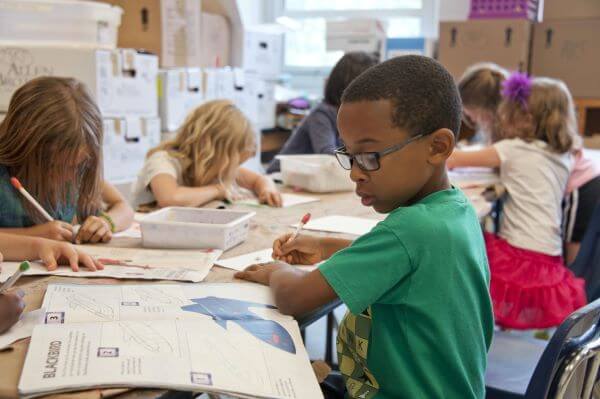 Lets have a look what american education program proposes to the new generation of bilinguals in New York:

French as the second language:

Spanish as the second language:

German as the second language:

Chinese as the second language:

Arabic as the second language: