January 5. 2022 0 Comments
The beginning of a new year embarks on a new face itself. For many, it is an opportunity to continue their consistent breakthroughs, while for others, it defines bidding farewell to the old and marking a clean slate. For every individual out of all the 8 billion population residing in the world, it is a personal experience with various diversities in their choice of festivities.
From smashing plates against houses to jumping against the cold waves of the ocean, the diversity in each nation has its charm. Some nations await the annual cycle of the moon while most base it on the Sun.
Let us discuss some of the various cultures and the traditions they endorse at the end of the annual cycle, starting with a small nation embracing the honor of initiating the celebrations.

As the world awaits their cue to initiate the celebrations in December, Tonga is the first nation to ring their bells, informing the locals that the time has come to step out on the streets and be the first accumulation of people to greet each other, portraying their gratitude and love to their loved ones and friends. If they cannot walk long distances, gifts would be sent as compensation. 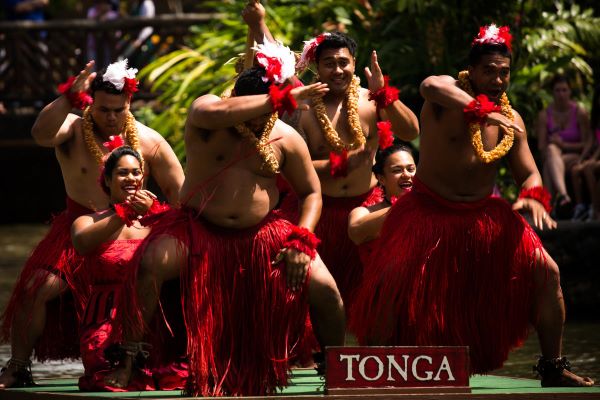 The Tongans are also known to value their connection with God. Their entire first week of the new cycle proclaimed ‘Uike Lotu’ comprises of prayers, congregations, and cumbersome feasts in the name of their Lord and Savior. Tongans are also known to be very distinct, which includes playing homemade banjos and guitars from door to door, hoping for some provisions in return for their musical prowess. They make sure the parties can be heard and noticed across the entire Tongan islands in the form of bamboo cannons, also locally known as ‘fana pitu’.
Unlike most of the world, on the 1st of January, Tonga faces one of its hottest days. Therefore, a part of their tradition includes heading towards the beaches, where they all have refreshing swims before finally succumbing to rest, letting the rest of the world continue the celebrations they so proudly initiated.

Pakistan is known for its diversity within its own nation, describing various traditions within various customs; from tribal villages in the outskirts to the city-dwellers, every person has something going on at the end of the year. Since Pakistan homes multiple cultures and religions, it is imperative to note the people celebrate multiple occasions of New Year, ranging from the familiar ‘New Year’s Day’ to the Nowruz celebrated in March, which embarks the beginning of spring along with the Islamic Hijri New Year.

One instance would be the mountainous Chitrali tribes located in the northern regions of Pakistan. The people are known to be very hospitable and especially fond of cultivating grapes. With the new year's arrival, they arrange grapes and walnut parties for the festivities.
In the metropolitan areas, celebrations called ‘Mela Chirgan‘ are arranged and celebrated. Muslims from all the corners would visit the mosques, pray to God for plentiful wishes for the new year, and gratitude for all the gifts of the former one.
The people of Pakistan are restless to celebrate, especially in Karachi, which is called the ‘City of Lights,’ with a reputation to precede it. On the countdown to midnight, many Karachites are already out of their homes, bustling across the streets, setting up the cumbersome amount of fireworks, and crowding various venues just waiting for the clock to strike that golden hour. The rush hour is so intense at that late hour; you would be bound to get stuck in traffic.

Over the past two decades, Russians have also become diverse in their new year's arrival celebrations. One of the traditions revolves around two divers, quaintly titled ‘Father Frost’ (Ded Moroz) and ‘Ice Maiden’. These two divers take a dip inside the world’s largest freshwater lake, called the ‘Lake Baikal,’ which is frozen to the brim. The divers take decorated spruce more than 100 feet below the surface and plant it there. This unique tradition is partaken in the hope of bringing good fortune after ‘giving back to nature’. 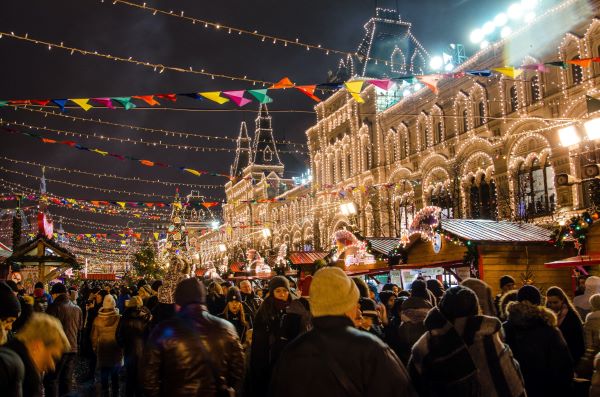 Meanwhile, the Russians maintain another eccentric tradition in other regions of this vast nation. This custom entails writing resolutions and wishes down on a piece of paper, after which a candle flame burns the paper until only the ashes remain. Subsequently, people then take these ashes and mix them in a glass of champagne before drinking it all down. Rest assured, they do not suffer from significant health problems after this.

As an outsider coming into Ethiopia, one can never expect that the Ethiopians have an entirely different calendar of their own. Their new year begins in the earlier half of September, which includes both the ‘New Year’s Eve’ and the ‘New Year itself,’ or as the locals like to call it ‘Enkutatash’. 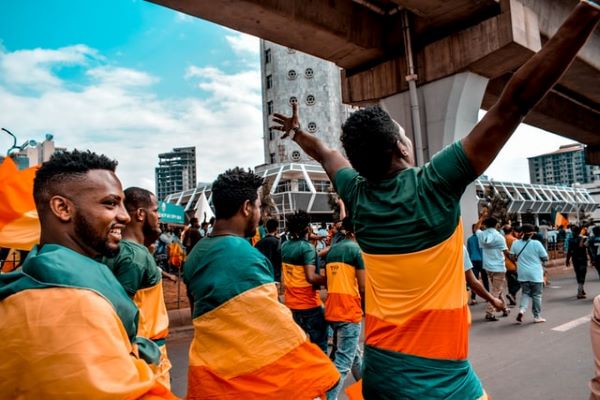 The heavily symbolic word translates the ‘gift of jewels’, representing the end of the rainy days and a beginning for the sunnier ones. This tradition is one of the oldest in the current modern world, dating back to 980 BC, honoring the return of Queen Sheba after she visited King Solomon.
Family gatherings are known to enjoy a traditional Enkutatash dinner and rejoice together by giving the children presents; all are elaborate parts of the Ethiopian New Year celebrations. The festivities begin on the eve of Enkutatash, when many families attend a church service and pray for a prosperous new year. Singing and dancing, particularly among young girls, are other popular customs to celebrate.

These are just a few of the numerous various cultures explored while considering the celebration of the new year. The world is brimmed with so many ethnicities and their unique history, the entire knowledge of it all on this little blue rock is as vast as space itself.
As human beings, our heritage, customs, and traditions are our identities in this universe. Being social creatures by nature, we thrive with each other; our families, friends, communities, and loved ones. Such things should never be forgotten, and must be cherished every year as we head into a new year altogether.